Posted by admin on Monday, May 23rd, 2016 in Theft Attorney Boulder CO, Uncategorized
no Comment.

As a criminal charge, not all theft is created equal. Depending largely upon the item or items which were stolen and their value, theft charges can range from misdemeanors to felonies, and can be accompanied by consequences as dire as mandatory jail time. Here is an overview of the different degrees of theft charges and the punishments they carry.

Petty Theft – This charge is applied to theft of an item or items up to a value of $1,000. Most shoplifting charges fall into the petty theft category. Petty theft is a misdemeanor offense and can carry up to a $1000 fine, as well as the possibility of up to 18 months in county jail under Colorado law. However, if it is a first offense or if the theft is perceived as a momentary lapse in judgment, the actual sentence imposed by the judge is likely to be less strict. That doesn’t mean that petty theft charges should be taken lightly; many professions view even petty theft convictions as grounds for termination. 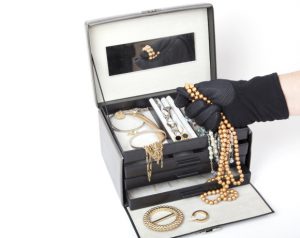 Grand Theft– Any theft of an item or items over $1000 is considered grand theft, which is a felony. If the item or items stolen are valued above $20,000, a grand theft conviction can carry a sentence of up to 12 years in a federal prison. Although grand theft auto is probably the most well-known subcategory of theft, felony charges can be applied to burglary, breaking and entering, credit card fraud, identity theft, and embezzlement, among other offenses.

Regardless of what was stolen, theft charges should be taken seriously at all costs, as even a petty theft misdemeanor conviction has the ability to ruin a person’s life. If you have been charged with theft, you need an experienced attorney who specializes in criminal law. Contact the law offices of Boulder CO Theft Attorney Paul Stuber at 303-351-5140 today for an initial consultation.

We have extensive experience in handling DUI cases and other Criminal Defense Charges in Boulder, Colorado (CO)

Allow an experienced attorney handle your case to protect your rights.